When Time Isn’t On Your Side

WHEN TIME ISN’T ON YOUR SIDE

A contractor may be asked to provide a homeowner with an estimated schedule for completion before a project starts. While there are always contingencies and unforeseen circumstances, projects can get delayed and extend well past expected deadlines.

As was made clear in Sanwo Enterprise Ltd. v. Huang, 2018 BCSC 31, a deadline provided in an estimate can form a fundamental term of the contract that a contractor will be liable for failing to meet.

In or around May 2013, Ms. Huang (the “Owner”) retained Mr. Feng (the “Contractor”) to manage the construction of a two-story detached house and coach home in South Vancouver, pursuant to a written contract (the “Contract”).

The Contract included a “Project Duration” clause, which estimated completion of the project to be seven months from the date of obtaining the building permit. The clause also included a qualification that project duration may be extended for reasons including bad weather, changes made to the drawings or house structure, delays in material purchases and uncooperative owners.

On July 8, 2013, the building permit was issued and construction began. However, significant delays and related disputes in the course of construction led to a breakdown of the relationship between the Owner and Contractor.

After further delays and breakdown of the relationship, the Contract was terminated in June 2014, prior to completion of the project.

The Contractor sued the Owner for non-payment of management fees and cost of the work done by subcontractors that he covered on the Owner’s behalf. With respect to delays, the Contractor argued that the delays were caused by the Owner’s constant changes to construction plans and failure to issue payment to sub-contractors in a timely manner.

Conversely, the Owner took the position that the delays were caused by the Contractor’s incompetence in being able to effectively manage construction of the project. The Owner counterclaimed for breach of contract, arguing the work was deficient, took too long, and for costs incurred to retain a new builder to complete the project.

Ultimately, the Contractor was found liable to pay damages for breach of contract, which was partially off-set for amounts he paid to sub-contractors on behalf of the Owner.

Even though the Court found that the estimated seven-month completion date in the contract did not expressly require strict compliance, the Court inferred based on the surrounding circumstances that time had become of the essence in completion of the project.

This article was written by Ian C. Moes, Partner, and Matthew T. Potomak, Articled Student, who practice in construction law with the law firm of Kuhn LLP.  This article is only intended as a guide and cannot cover every situation.  It is important to get legal advice for specific situations.  If you have any questions or comments about this case or other construction law matters, please contact us at 604-864-8877 (Abbotsford) or 604-684-8668 (Vancouver). 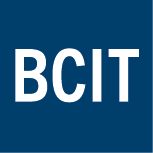