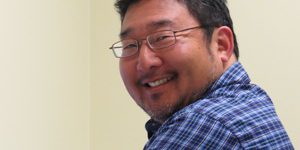 All you have to do is drive around Metro Vancouver these days, and you will very quickly realize that transportation is a huge issue. Eventually, you will find yourself in a traffic snarl and, if you’re like me, you’ll start thinking about lost time, carbon emissions and how to make this whole system work better. As bad as traffic around here might be, at least you’re not stuck in this.

Road-pricing is a strategy which has been brought up recently, as a way to generate revenues to pay for transportation infrastructure. Here’s my model for road pricing.

And a final thought: I think I’m with the Metro Van Mayors on their opposition to the Transportation Funding Referendum. Decisions like this are too critical to the future of the region to be left to some vote-swaying by special interest groups. On the other hand, will any politician have the guts to implement an effective road-pricing system (and not some watered down, barely-working one) without some backing from the people?

Please note: Opinions expressed on the blog are those of their respective contributors only.  The views expressed do not necessarily represent the views of the HAVAN. Please do not hesitate to comment.